Why do parrots talk? 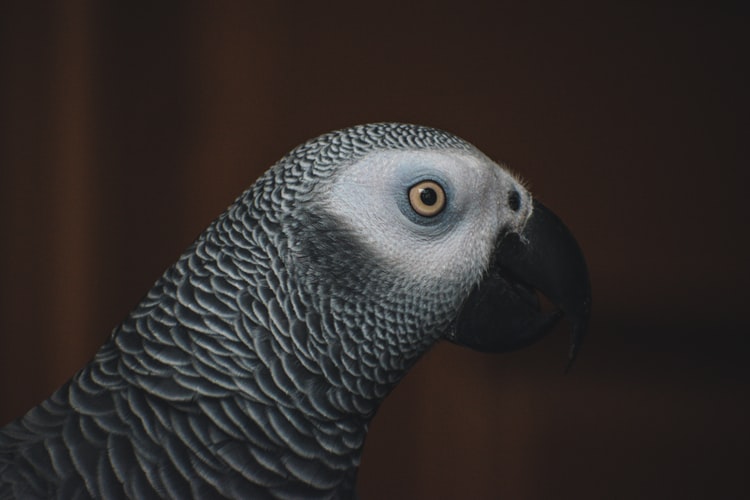 Parrots are a very peculiar species due to their ability to “speak” . This ability they have makes them a perfect pet for the whole family. Besides being funny, they turn out to be very affectionate and very intelligent.
Would you like to discover why parrots speak unlike other birds? We reveal everything below.

Is it true that parrots speak?

Although we popularly say that parrots speak, this fact is not really true.
We understand by speaking the communication capacity that is established through words, whose sounds are articulated through the vocal cords.
However, in the case of parrots, you should know that they do not have vocal cords . Due to this, they can only repeat a series of sounds, but they do not establish a conversation, as we conceive it of the human being. What is clear is that parrots imitate practically everything they hear very well.

Why do parrots speak?

Now that you know that the ability of parrots is to imitate sounds, and not to speak , we will explain why.
These animals have an organ called the syrinx . It is a membrane located in the trachea that allows some birds to accurately imitate a large number of sounds.
Certain parrots are more adept at repeating words that they hear regularly. You should never force the bird to reproduce a word or sound, since it could become stressed and this will adversely affect its health.
The species that usually have this more developed quality are: macaws, cockatoos, yacos and amazons . However, there are also other talking parrots such as nymphs and some lovebirds, only much less.

What differentiates parrots from other birds in order to “talk”?

There are other species that also have a great ability to imitate. Examples of this are crows and magpies . However, these types of birds are not kept as pets, so they will be prone to imitate sounds of nature.
The reason why parrots speak, unlike other birds, is the syrinx (already mentioned above) together with the arrangement of a brain structure equipped with areas for the imitation of voices and sounds.
When these species are part of a family, unlike the crow and the magpie, they imitate phrases or words that they usually hear, sounds of the mobile phone, songs, etc.
According to some researchers, parrots can keep up with the rhythm of music.

Other peculiarities of parrots

Parrots are part of the parrots , a family of 78 genera and more than 300 species. At present, some of them are at risk of extinction. Therefore, it is extremely important that humans respect these protected species.
All tend to have a short, curved beak, from top to bottom. Although each type of parrot has a beak with a different shape, color and size. For example, the beak of a pyrrhura molinae does not have the same characteristics as that of an African gray parrot.
Its legs have two toes forward and two back. This allows them to climb and grab the food to carry it towards the peak.
The skull is usually wide, and another aspect for which they stand out is their colorful plumage . Among the most frequent colors we find green, yellow and blue.
Did you know that they are considered monogamous birds ? They remain paired with another partner for long periods, or even their entire lives. In this article we will tell you all about it.
Many parrots mate with their owner. Although this may seem an endearing trait, the truth is that we must be very cautious, since when we separate ourselves from him for long periods of time, alterations in his behavior could be generated. For this reason it is usually recommended to have a partner. Although if we have enough time to spend with our partner, there will be no problem.

Obviously, there are many ways we can communicate with our pets. Even so, you should know that parrots do not speak or maintain conversations as we conceive them between human beings.
Their ability is to imitate sounds and words , because they are social animals that require interaction. However, that does not mean that they are not able to communicate in their own way through the words and sounds they have learned.
There is no doubt that this type of species has a series of abilities that will never cease to amaze us. If you have a parrot as a member of the family, you are sure to enjoy its pleasant company.