Lovebirds: are there differences between fischer and personata? 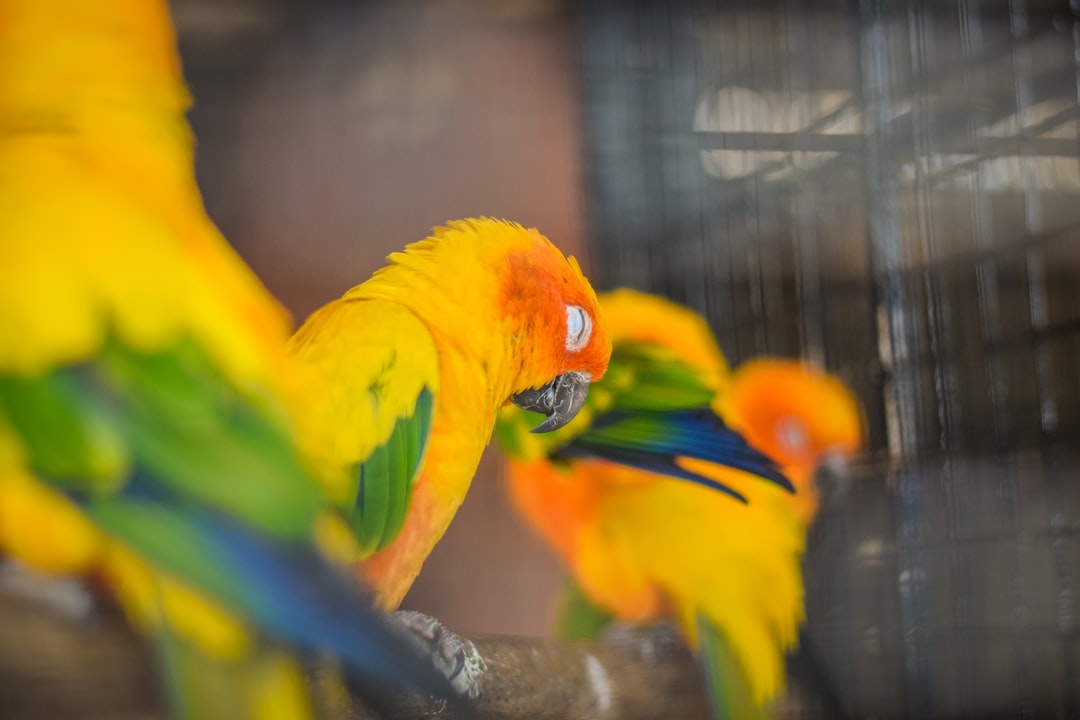 Lovebirds are one of the exotic birds with the greatest presence in homes around the world. And it is that these little ones have won the affection of all with their vivacity and their sympathy. But did you know that there are different types of lovebirds ? We are going to tell you the differences between agaporni fischer and personata.
Broadly speaking, we can distinguish three types of lovebirds: agapornis fischer , agapornis personata and agapornis roseicollis . But let’s focus on the fischer and personata lovebirds. Of course, this raises a question … How does one species differ from another?

Differences between fischer and personata

Although they are all lovebirds and they all share the cheerful character, there are characteristic traits that will help you differentiate them. The features that show the differences between agapornis fischer and personata are essentially physical. Read on to learn more about each species.

These parrots are named after the explorer Gustav Fischer , their discoverer. They stand out for being very agile and for their strong and sharp call. But what is its main distinguishing feature? His eye ring . In fischer lovebirds this ring that surrounds their eyes is featherless and white.
In addition, the plumage of the fischer lovebirds is deep green on the back, wings and chest. The top of the head is olive green while its face is deep orange combined with a bright yellow that runs down its neck. And its tail? In it you can see some notes of blue.

The personata Lovebirds are the variety of lovebirds most striking of all. They are known as black heads, and the plumage on their heads is black and brown. And his eye ring? White, which makes it look like he’s wearing a mask on his face.
Regarding their body, they can be green in color combined with yellow and red beak. Or have it blue with a white chest. But what else differentiates them from their relatives, the fischer lovebirds? Well, despite being able to emit very intense sounds, the character of agapornis personata is rather quiet .

It is true that lovebirds live much better together in their cages. But can different types of lovebirds be put together in the same cage? The truth is that the small differences in character between one and the other and the fact that the hybrid chicks resulting from a possible breeding would be sterile make it clear that it is better to combine them only with those of their species.
For example, the fischer lovebirds are the most sociable breed. However, they are also the smaller, fearful and less powerful breed than the roseicollis and personata.
However, putting together fischer and roseicolli , taking into account the more territorial nature of the roseicolli, they could initially have a peaceful coexistence. But over time it could lead to a territorial fight between them that would leave a fischer lovebird very badly off.
In some cases it may happen that a link develops between the roseicollis and the fischer. Unfortunately the offspring resulting from this union would be hybrid and not fertile either, so the union is not recommended.
However, there is a period of time in which lovebirds of different types could coexist. Lovebirds do not develop their territorial character until approximately three months. So, you could gather pups of different types in the same cage until that moment.
And now that you know a little better the differences between fischer and personata … Which lovebird is your favorite?